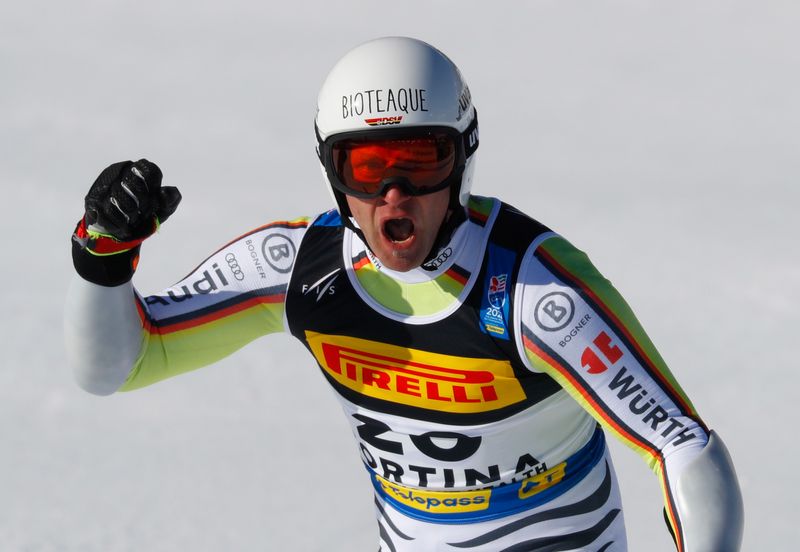 Baumann, 35, was the first skier of the modern era to win world championship medals with two different countries, having taken a bronze in combined for Austria in 2013 on home snow in Schladming.

Italy’s big hope Dominik Paris, the defending world champion in the discipline, finished fifth behind Canadian Brodie Seger with Austria’s Olympic champion Matthias Mayer sixth after a string of others failed to finish.

The super-G on a cold and sunny afternoon was the first men’s race of a championships whose opening three days were blown out by snow, wind and fog in the Italian Dolomites. The women’s super-G was run in the morning.