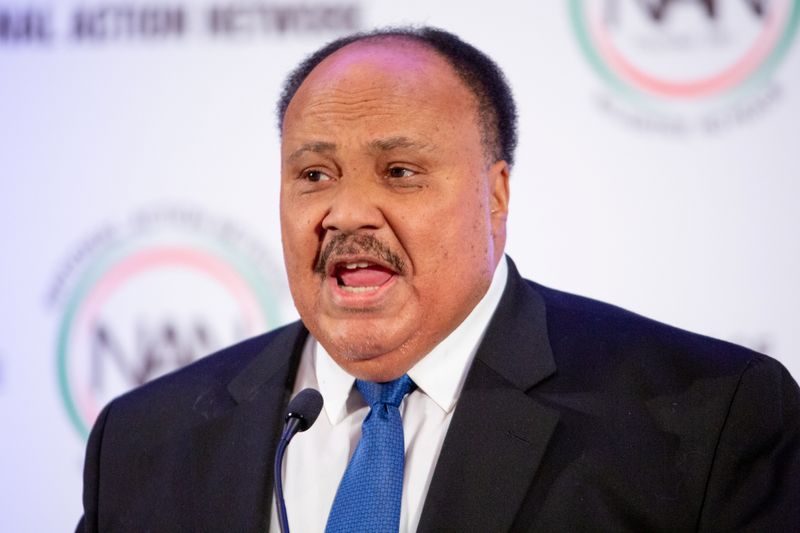 MEXICO CITY (Reuters) – A truth and reconciliation commission could help Mexico come to terms with a legacy of African slavery, civil rights activist Martin Luther King III said during a visit to the Latin American country.

King, the eldest son of the Reverend Martin Luther King Jr, is visiting Mexico to join a government commemoration of Afro-Mexican liberation hero Vicente Guerrero, who as the nation’s second president abolished most slavery in 1829, before the practice was ended in Britain and the United States.

Guerrero died 190 years ago on Sunday.

Mexico has long overlooked the legacy of slavery and its impact on the country’s Black people, who are mostly concentrated in poor coastal villages on the Pacific and Gulf coasts.

King, 63, said both Mexico and the United States could consider South African-style reconciliation processes to fully acknowledge the past.

“Before you can ever address a problem, you have to acknowledge that it exists,” King said in an interview on Saturday. “A truth and reconciliation commission gives people the opportunity to come and apologize for past conduct, so that you have a new slate.”

He said discussions about reparations for slavery should also flow from such a process.

Conversations about “reparations in my judgment are certainly in order in places around the world, particularly where people have been enslaved,” he said. “I think the conversations must take place.”

Few truth commissions around the world have tackled the legacy of slavery and colonialism directly.

However, a 2011 report from Mauritius’ Truth and Justice Commission documented abuses suffered under slavery and indentured labor and recommended some land reparation.

African slavery in Mexico was at its height in the late 16th and early 17th centuries after Spain prohibited enslaving the indigenous population, with around 200,000 Africans brought to Mexico.

Growing awareness has led more people to self-identify as Afro-Mexican in recent years, with the 2020 census counting 2.5 million people, or 2% of the population, who self-identified as having African descent, up significantly from a count five years earlier.

“Black Mexican communities … must be included and must have a voice,” King said. “The goal is to make sure that nobody is invisible.”