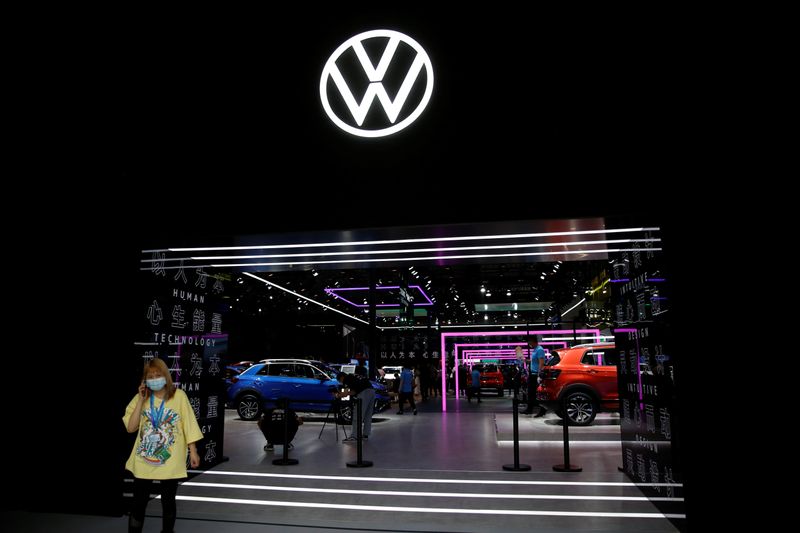 BERLIN (Reuters) – German car manufacturer Volkswagen (DE:) is in talks with its main suppliers about possible claims for damages due to a shortage of semiconductors, a company spokesman said on Sunday.

Automakers around the world are shutting assembly lines due to problems in the delivery of semiconductors, which in some cases have been exacerbated by the former Trump administration’s actions against key Chinese chip factories.

“For Volkswagen, the top priority is to minimise the effects of the semiconductor bottleneck on production,” the Volkswagen spokesman said, adding the company wanted to resolve the problem in close cooperation with its suppliers.

But the spokesman added that this exchange would also include examining claims of damages together with its suppliers.

Among the affected car suppliers are Germany’s Bosch and Continental, which in return are dependent on chip suppliers in Taiwan and other Asian countries.

Volkswagen had communicated to its suppliers shortly after the first lockdown in spring that it was ramping up production to pre-pandemic levels again, industry sources said.

Still, manufacturers of semiconductors shifted production to other industrial sectors with high growth rates such as consumer electronics which left clients in the car industry with less chips than needed, the sources said.

Automobilwoche magazine reported that Volkswagen was in talks with alternative suppliers of semiconductors but there were concerns this could lead to higher prices.

Volkswagen wants to make sure that both Bosch and Continental share the burden and partly compensate the company for the resulting additional costs, the magazine reported.

A Bosch spokeswoman said the company was currently focusing on maintaining supply chains as much as possible.

“We will discuss all further aspects of the shortage of semiconductors directly with our customers and suppliers in due course,” she added.

German Economy Minister Peter Altmaier has urged his Taiwanese counterpart Wang Mei-hua to persuade Taiwanese chip manufacturers to help ease the semiconductor shortage in the car industry which is hampering its fledgling economic recovery from the COVID-19 pandemic.

Altmaier has asked Wang to address the issue in talks with Taiwan Semiconductor Manufacturing Co Ltd (TSMC), the world’s largest contract chipmaker and one of Germany’s main suppliers.

To reduce dependency on Asian suppliers and avoid similar problems in the future, Berlin is now planning to increase state support to increase the production capacity of semiconductors in Germany and Europe.